In their bids to become champions of the world, the children of Eastrop have thrown themselves into a whirlwind of learning. Inspired by the hilarious poem, Crocky-Wock, the Early Years children have been creating large Crocky-Wock collages, acting as intrepid crocodile dentists, and even becoming authors to create thrilling stories about the day Crocky-Wock came to Eastrop! The Year 1s have been busily inventing Wonka-themed three-course bubble gums and their very own George-inspired marvellous medicines, while Year 2s have been thinking big with a certain friendly giant to talk about their dreams, and have created their very own food-encrusted Twit beards!

Meanwhile, the children at Southfield have been displaying a Matilda-like genius in their work. They have been creating dream catchers for the BFG along with some fantastic kennings, mixing and trying potions for George’s Marvellous Medicine, designing Minpin suction boots and making crazy collages for Charlie and the Chocolate Factory. 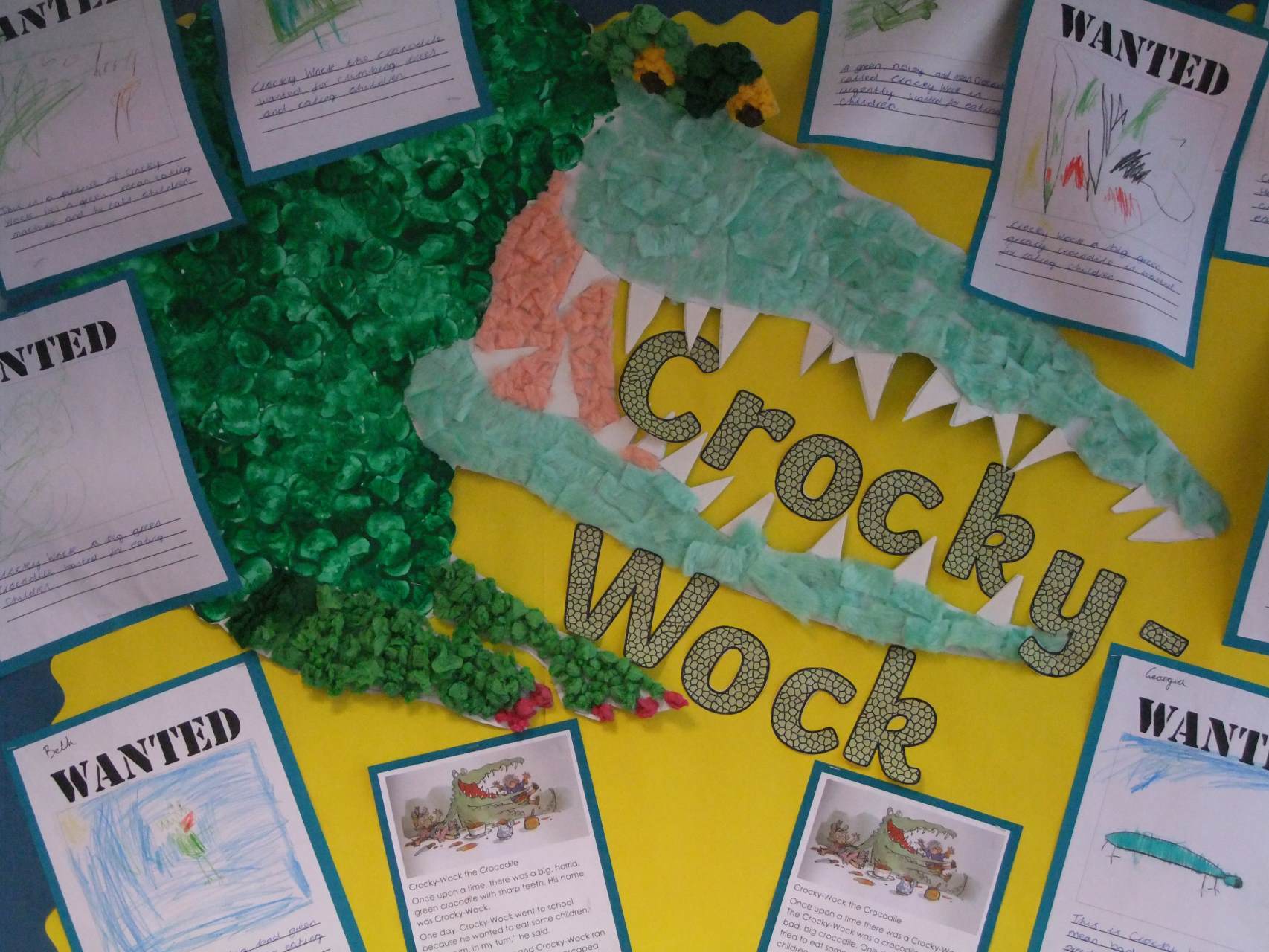 A crocky work display in Reception